Jupiter Island Properties for sale and for rent

Lauderdale by the Sea 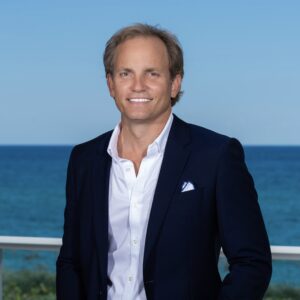 Jupiter Island is a barrier island north of Jupiter, FL.  The island is primarily residential with large estate homes both on the intracoastal waterway and ocean.  Some properties also have ocean to intracoastal access.  The Southern portion of the island is primarily oceanfront and Intracoastal front condos, including the new construction condo Seaglass.   The small town of Jupiter Inlet Colony also occupies the Southern tip of the Island which is an enclave of single family homes, all with beach access.

Jupiter Island offers over 9 miles of sandy beaches on the east and intracoastal waterway on the west.   Several parks are also on the island including Coral Cove Park which has public parking and beach access.  Its also a favorite surf and snorkel spot for the locals.

Another attraction is Blowing Rocks Preserve which is owned by The Nature Conservancy.  The preserve has the largest Anastasia limestone rocks on the state’s east coast.

Ready to Start working with an Agent?

© 2022 David Shalkop, PA - Golf and Ocean - Disclaimer - 1111 LINCOLN RD, MIAMI BEACH, FL 33139. 305.695.6300 © 2022 DOUGLAS ELLIMAN REAL ESTATE. ALL MATERIAL PRESENTED HEREIN IS INTENDED FOR INFORMATION PURPOSES ONLY. WHILE, THIS INFORMATION IS BELIEVED TO BE CORRECT, IT IS REPRESENTED SUBJECT TO ERRORS, OMISSIONS, CHANGES OR WITHDRAWAL WITHOUT NOTICE. ALL PROPERTY INFORMATION, INCLUDING, BUT NOT LIMITED TO SQUARE FOOTAGE, ROOM COUNT, NUMBER OF BEDROOMS AND THE SCHOOL DISTRICT IN PROPERTY LISTINGS SHOULD BE VERIFIED BY YOUR OWN ATTORNEY, ARCHITECT OR ZONING EXPERT. IF YOUR PROPERTY IS CURRENTLY LISTED WITH ANOTHER REAL ESTATE BROKER, PLEASE DISREGARD THIS OFFER. IT IS NOT OUR INTENTION TO SOLICIT THE OFFERINGS OF OTHER REAL ESTATE BROKERS. WE COOPERATE WITH THEM FULLY. EQUAL HOUSING OPPORTUNITY.